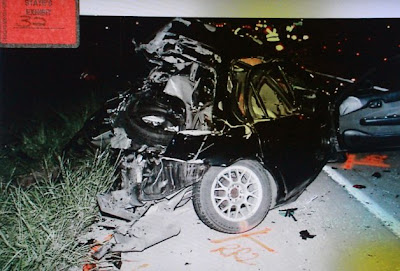 But he did nothing to stop drinking did he?

That made it murder.

Long before alcoholic Christopher Hughes Lamar caused the deaths of a fourth-grader and her mother on a San Antonio freeway last year, his own parent had predicted the devastating wreck.

“I felt in my heart ... something very bad was going to happen,” teacher Linda Lamar told jurors Friday during the punishment phase of her son's double murder trial. “I told Chris that he was either going to maim or kill somebody if he didn't stop drinking and driving.”

Christopher Lamar, 27, on Thursday became the first person in Bexar County to be convicted of felony murder instead of intoxication manslaughter because of his previous driving while intoxicated offenses.