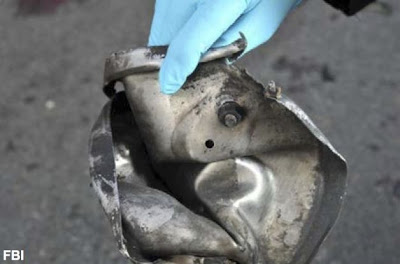 It always amazes me what gets found through diligent and persistent Law Enforcement investigation.

Hundreds of hours of scouring video footage and apparently they find the image of the guy leaving what may have been one of the bombs.

Catch the Bastards who did this.

BOSTON (AP) — In what could be a major break in the Boston Marathon case, investigators are on the hunt for a man seen in a department store surveillance video dropping off a bag at the site of the bombings, a local politician said Wednesday.

Separately, a law enforcement official confirmed that authorities have found an image of a potential suspect but don't know his name.

The development — less than 48 hours after the attack, which left three people dead and more than 170 wounded — marked a possible turning point in a case that has investigators analyzing photos and videos frame by frame for clues to who carried out the twin bombings and why.