Has the Jury reached a verdict? Why yes, they did 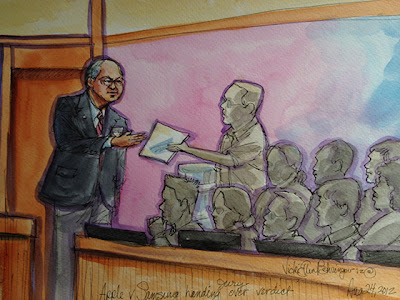 Well, that certainly didn't take a jury long to reach their conclusions as to punishment did it?

Good Job Jury and to the Bexar County DA's Office.


Rapist sentenced to life after second victim revealed
By Craig Kapitan - Express-News
A Leon Valley man already serving a 20-year sentence for the 2008 rape of one woman was ordered Wednesday to serve life in prison for the beating and rape of another woman months later.

State District Judge Ron Rangel ordered the sentences to be served concurrently with each other and with Lopez's previous sentence. Lopez, 26, won't be eligible to apply for parole for 30 years.