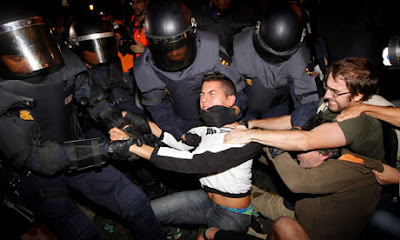 Certainly not the way I would want to leave this plane of existence.

A man who was stopped by police Friday night and handcuffed after running across several lanes of traffic on a Southwest Side highway apparently went into cardiac arrest and died shortly after at a local hospital, officials said.

Officer Matthew Porter, spokesman for San Antonio police, said the man, in his mid-30s, was driving in the area of Cupples Road and U.S. Highway 90 with his girlfriend when they got into an argument that eventually led to the car crashing into a fence.

Porter said the two got out of the car and continued arguing until the man ran away and the woman got in the driver's seat. People in the area stopped her and called police, he said.