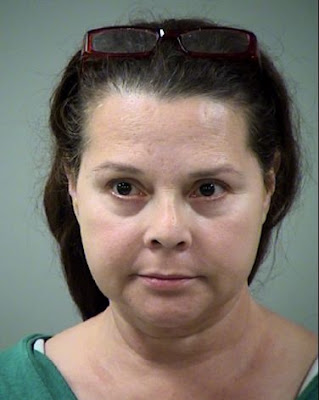 Just what she didn't need.

Valadez, 52, was released around 3 a.m. Tuesday, hours after she was arrested on one count of driving while intoxicated. Although San Antonio police could not immediately find the report from her arrest, a spokeswoman said police detained her around 7 p.m. Monday in the 13,000 block of Blanco Road.

Once known for defending more indigents than any other attorney in town, Valadez made headlines last year when she was indicted on allegations that she forged judges' signatures and double-billed Bexar County. She faces 46 felony counts in courthouse fraud.

No lawyer was listed for Valadez, who has previously said that she was broke and couldn't find local legal representation.
Posted by Sam at 7:41 AM