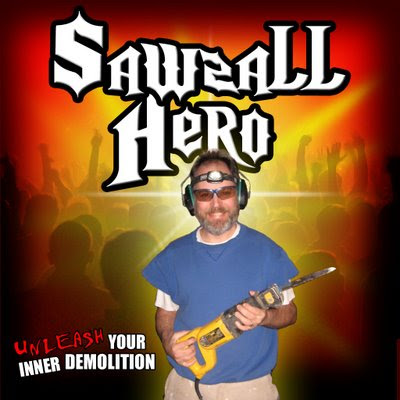 You were supposed to tell them you wanted the prices cut, not your arms!

WEST COVINA, Calif. (AP) — A man deliberately cut himself with saws in the aisles of a Home Depot store in suburban Los Angeles on Wednesday, creating a gruesome scene in front of several customers that left him severely injured, police said.

The man was in the store's tool section and went unnoticed until he began grabbing several small saws, including one meant to cut sheet rock, and started using them on his arms.

"He cut both arms with hand saws down to the bone," said West Covina police Cpl. Rudy Lopez.