Keep this up and all they'll have left are flying carpets 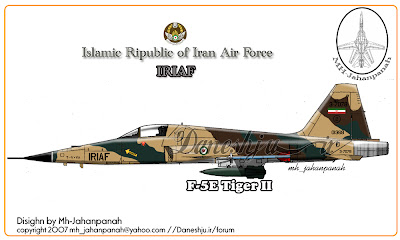 Those planes are getting pretty old.

TEHRAN: An Iranian US-made F-5 fighter plane crashed Sunday after hitting a mountain in the west of the country, killing both crew members, Iranian media reported.

The two pilots were killed upon impact as the jet fighter hit the mountain near Abadan town of Ilam province, town governor Morad Naseri was quoted as saying.

Naseri said the crash was being investigated by authorities.

In January 2012, a US-built F-14 fighter crashed minutes after takeoff, also killing both crew.
Posted by Sam at 11:08 AM