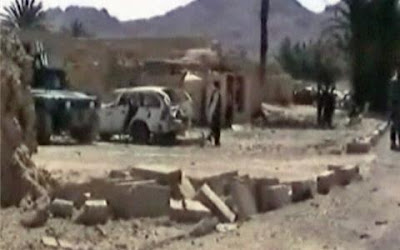 I guess they will be getting a restored Courthouse too.

Suicide bombers disguised as Afghan soldiers attacked a government compound in a failed bid to free more than a dozen Taliban prisoners being transferred to court proceedings in western Afghanistan, officials said.

At least seven people were reported killed on Wednesday, including three of the attackers.

The assault in Farah province was the latest example of the Taliban's ability to strike official institutions despite usually tight security measures.