Not gonna happen, not from these two for sure 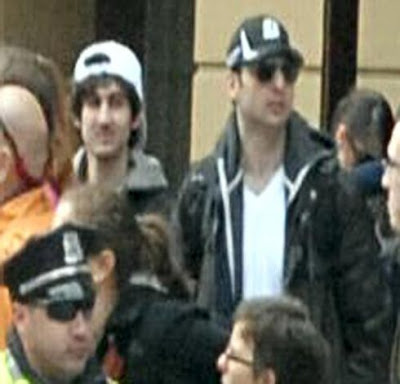 And how exactly would have gun registration and/or an "assault weapons" ban prevented this?

The weapons were not registered and were obtained on the street apparently.

Good police work and help from witnesses prevented other tragedies from ocurring.

BOSTON (AP) — As churches paused to mourn the dead and console the survivors of the Boston Marathon bombing Sunday, the city's police commissioner said the two suspects had such a large cache of weapons that they were probably planning other attacks. The surviving suspect remained hospitalized and unable to speak with a gunshot wound to the throat.

After the two brothers engaged in a gun battle with police early Friday, authorities found many unexploded homemade bombs at the scene, along with more than 250 rounds of ammunition.

Police Commissioner Ed Davis said the stockpile was "as dangerous as it gets in urban policing."