A guy like this gives Peckerwoods everywhere a bad name 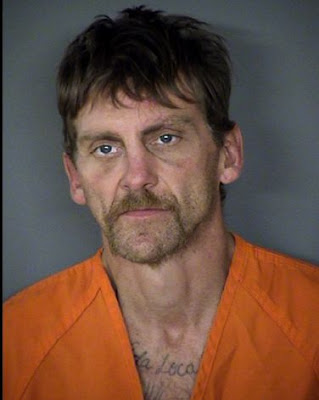 He confessed, stick a fork in him, he's done.

A man who confessed to killing his live-in girlfriend hid her body under their bed for three days before moving it to a vacant house next door, according to an arrest warrant affidavit released Saturday.

Robert Myers Jr., 40, has been in jail since April 2 on theft, criminal mischief and drug charges, but a murder charge was added Friday after police said he confessed to killing Cecelia Stegall, 50, whose remains were found Wednesday in the 200 block of Paschal Street.

On March 18, an anonymous caller reported to Crime Stoppers that three months earlier Myers had stabbed Stegall to death and hid her body under a nearby house or possibly a stairwell, the affidavit says. Searching the vacant house, police found Stegall's remains wrapped in a blanket in a closet under the stairwell.