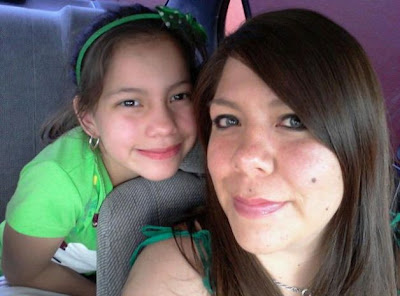 The photo is of the two victims who were murdered.

A habitual drunken driver who swerved off of Interstate 10 last year while speeding and texting, killing a 10-year-old and her mother as they sat in their disabled vehicle, was ordered by jurors Monday to serve 30 years in prison for each death.

Christopher Hughes Lamar, 27, last week became the first person in Bexar County ever convicted of felony murder instead of intoxication manslaughter because of prior DWI convictions. The unique prosecutorial tactic allowed jurors to consider an expanded punishment range of up to life in prison instead of the usual maximum of 20 years.