Brother, can you spare a dime? 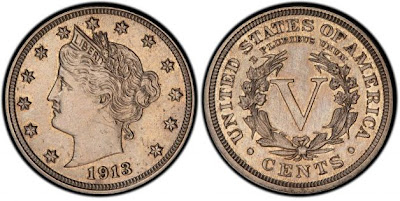 Okay, how about just a nickel?

Whatever, its a lot.

RICHMOND, Va. (AP) — Four Virginia siblings who never let a rare 5-cent piece slip through their fingers, even when it was declared a fake, have been rewarded for their devotion to a humble family heirloom after the century-old coin sold for more than $3.1 million.

The 1913 Liberty Head nickel, one of only five known to exist, was sold to two bidders for $3.17 million at an auction Thursday night in suburban Chicago.

The children of the late Melva Givens of Salem will divide $2.7 million, before taxes.