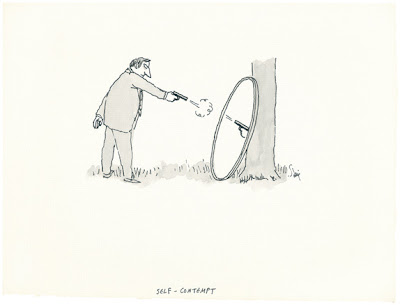 I guess you have to admire the fact that he walks the walk and talks the talk.

But it seems a wee bit silly too.


Judge holds self in contempt for his smartphone
Associated Press -


IONIA, Mich. (AP) — A Michigan judge whose smartphone disrupted a hearing in his own courtroom has held himself in contempt and paid $25 for the infraction.

The Sentinel-Standard of Ionia and MLive.com report Judge Raymond Voet has a posted policy at Ionia County 64A District Court. It states that electronic devices causing a disturbance during court sessions will result in the owner being cited with contempt.

On Friday afternoon, during a prosecutor's closing argument during a jury trial, Voet's new smartphone began to emit sounds requesting phone voice commands. Voet says he thinks he bumped the phone, and the embarrassment likely left his face red.

During a break in the trial, Voet fined himself. He says if he can't live by the rules he enforces he has no business enforcing the rules.
Posted by Sam at 7:43 AM