When your goning to San Francisco, be sure to wear some flowers in your hair; I meant bullet-proof vests 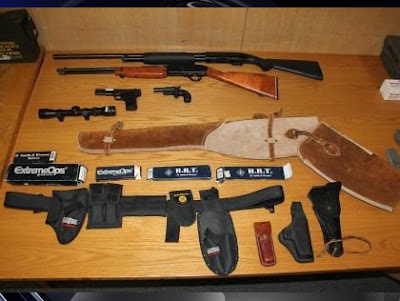 Also where did a homeless dude get the $$ dinero to pay for all of the weapons and ammo?

Officers had prior contact with the man, but Chief of Police Greg Suhr ended up defending his department even though the suspect got past them with a large amount of weapons.


When police found a huge cache of guns, knives, a shotgun, 5,800 rounds of ammunition and camouflage gear in Robert Johns’ car on July 21st it was thought they may have diverted some kind of planned attack.

Also in that vehicle was a list of names of political leaders, reportedly including President Barack Obama.