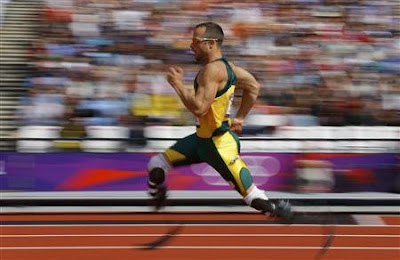 
South Africa's Oscar Pistorius made history on Saturday when he became the first double amputee to compete in an athletics event at the Olympics.

The 25-year-old qualified for the semi-finals of the 400 metres by running a season's best of 45.44 seconds in finishing second.

Pistorius, who had both legs amputated below the knee before he was aged one, because of a congenital condition, runs on carbon fibre blades.