He didn't build it ... or anything 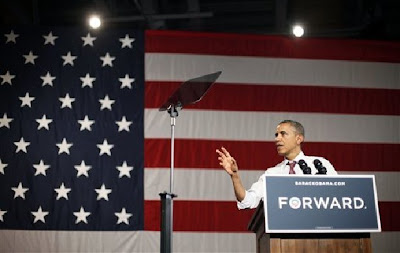 Back on the trail, Obama clings to the teleprompter
By Charlie Spiering - Washington Examiner

President Obama spoke to supporters in Florida this afternoon, but was careful to stick to his script, relying heavily on his teleprompters.

The president campaigned without teleprompters last month, when he made his  controversial "you didn't build that" remark about business owners.