Spray the ever-living crap out of it everywhere! 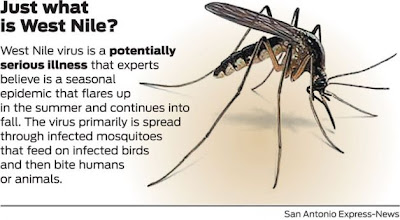 OK  I vote for spraying pesticides.

The woman's death brings to eight the number of confirmed local cases and comes amid the worst resurgence of West Nile since it was first identified in the United States in 1999.

Seven of the eight cases had the neuroinvasive form of the illness, the most serious kind.