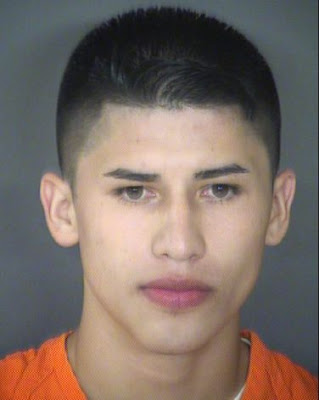 He was using the Peeping Tom  iPhone app.

A 17-year-old working as a janitor at Kohl's was arrested this week on three charges of improper photography after police said he used his iPhone to record women changing in the dressing room.

According to an arrest warrant affidavit, a woman who was in the changing room noticed someone was holding an iPhone underneath the privacy wall and recording her. She immediately told store management and they called police.

Police questioned Jose Ignacio Montiel and found an iPhone “hidden in the crotch area of his pants.” He declined to let them search the phone, so a warrant was obtained and police discovered several videos of women changing. He then admitted to taking photos of women in the dressing room, according to the affidavit