Look out Instant Karma's gonna get you 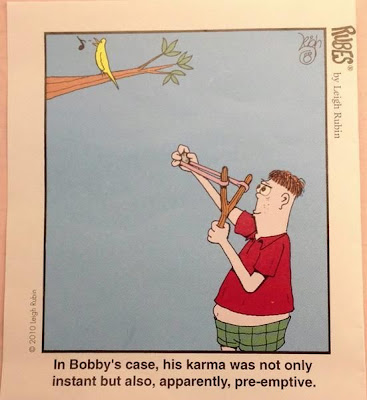 Man, that karma's a bitch, Baby!

GUADALUPE COUNTY — The man accused of killing a Gonzales girl in an alcohol-related accident last year is in a San Antonio hospital after being a passenger in a vehicle that authorities say may have been driven by a drunk driver.
Texas Department of Public Safety Sgt. Robert Haiyasoso said Cody Lorenz, 21, was one of four occupants of a vehicle that wrecked Saturday evening on Schuenemann Road.
“It appears that the vehicle crossed into the opposite lane and over corrected, causing the vehicle to go into a side skid, drive off the road and hit a tree,” Haiyasoso said after reading the report.