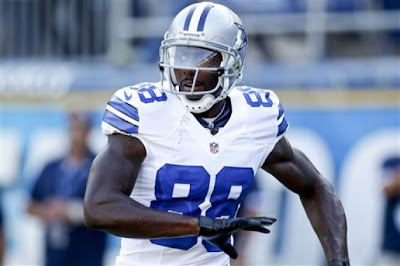 Well, I guess you would too, if for nothing else but to protect your investment of time and money in him.

Why, however does it seem Dallas gets all these folks with great talent and so little brains?

Among the guidelines are prohibitions on alcohol and strip clubs, ESPNDallas.com reported. Citing sources, the website also reported the third-year pro must adhere to a midnight curfew and attend twice weekly counseling sessions.

Bryant, 23, also will be driven to all practices, games and team functions by a rotating three-man security team that will be hired by the player's adviser, David Wells.