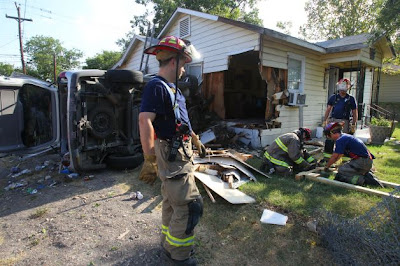 A San Antonio fire official says it's just happenstance that four vehicles have crashed into houses in as many days, including two Monday within hours of each other.

If the crashes have anything in common, it's that all the buildings were on corners and three were caused by teenage drivers. Every house ended up with major damage, and when people were inside, no one was injured.

Typically, the department handles about one crash into a building per month.