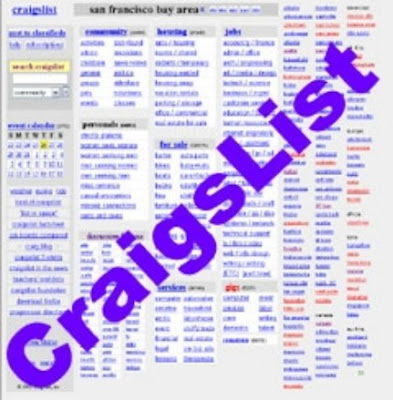 Always be wary on Craigslist.

After posting an ad on Craigslist, a local couple thought they had a man interested in their SUV. Turns out he was, but not in buying it, WOAI-TV reports.

The couple told WOAI that the man drove with the couple in their 2004 Nissan Murano on Tuesday afternoon to an apartment near Rampart street. He said he needed to pick up the rest of the money for the Murano at his sister’s house.

Instead, the couple said the man pulled a gun and forced them out of the car, threatening to kill them if they didn’t cooperate. He made off with the SUV and the woman’s purse and cellphone.
Posted by Sam at 11:10 AM