A most excellent choice! 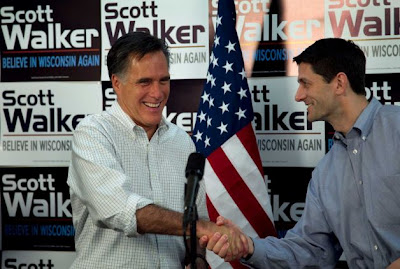 Paul Ryan will be Mitt Romney's Vice-President if elected.

It was confirmed by the Mitt's VP app on my iPhone this morning.

NORFOLK, Va. (AP) — Republican presidential candidate Mitt Romney has picked Wisconsin congressman Paul Ryan to be his running mate, according to a Republican with knowledge of the development. They will appear together Saturday in Norfolk, Va., at the start of a four-state bus tour to introduce the newly minted GOP ticket to the nation.

The official spoke to The Associated Press on condition of anonymity because this person was not authorized to disclose the decision.

In a statement issued Friday night, Romney's campaign would say only that the running mate would be revealed at 9 a.m. EDT at the Nauticus Museum. Berthed at the museum is the USS Wisconsin — which offered a hint about Romney's choice.