One thin dime its not 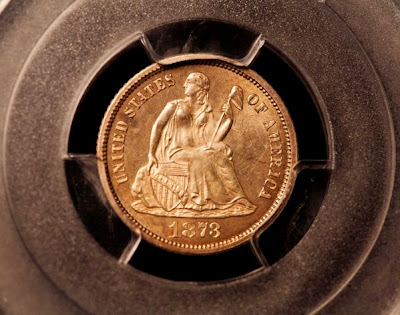 I'm sorry but I genuinely believe someone has completely lost their mind.

An anonymous bidder won the pristine coin, said Chris Napolitano, president of Stack's Bowers Galleries, which auctioned it during an American Numismatic Association convention. With a 15 percent buyer's fee tacked on, the final price for the coin was $1.84 million, he said.

The rare coin was minted in Carson City, Nev., during a one-day run of dimes.