Off with 'er head! 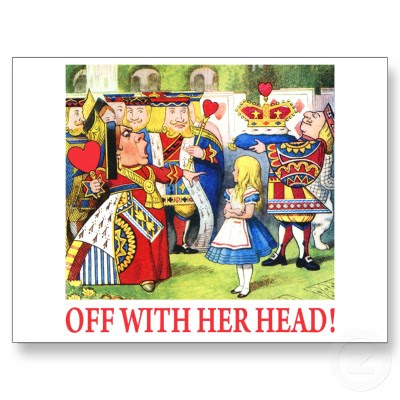 Really?  Scolding her for having an Egg McMuffin?

The Queen has spoken!!

America's newest Olympics gymnastics star Gabby Douglas got scolded Monday night by first lady Michelle Obama for eating a celebratory Egg McMuffin at McDonald's after the competition was over.

This occurred on NBC's Tonight Show with host Jay Leno acting as the devil on Douglas's shoulder congratulating her for the splurge.