A New Sheriff in Town? 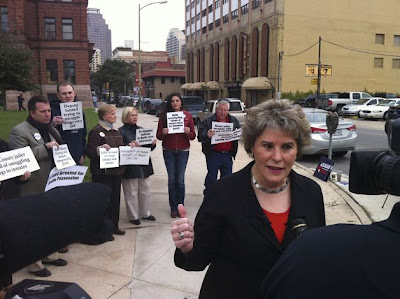 Add dead dogs to the list of negative talking points Susan Pamerleau is using in her GOP campaign to unseat Sheriff Amadeo Ortiz.

But there's something about heat-suffocated dogs in a sheriff's K-9 Unit vehicle that makes the incident irresistible political fodder in the campaign's remaining 12 weeks.