Go ahead; make my day; vote for Romney! 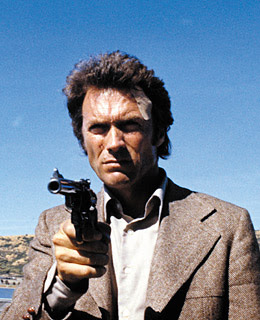 I also feel lucky too!

Eastwood tells The Associated Press that he's backing Romney because, in Eastwood's words, "I think the country needs a boost."

Eastwood was among those attending a Romney fundraiser Friday night in Sun Valley, Idaho.