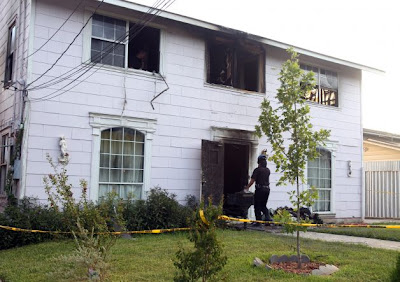 I do not know if this tragedy could have been averted had she been a licensed and registered facility for assisted living and housing.

However, I would like to think it would not have happened.

To the four tenants who perished, Rest in Peace, Gentlemen.

The home in which four men perished and nine more narrowly escaped shouldn't have even been occupied, city officials said Friday.

Nancy Murrah, owner of the Amistad Residential Facility that went up in flames Wednesday, did not have a certificate of occupancy, which is required for commercial buildings — including assisted living facilities and boarding homes.

“We didn't even know she was there,” City Attorney Michael Bernard said.