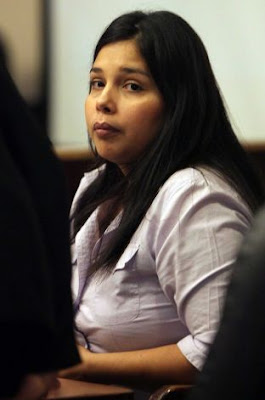 That poor baby didn't stand a chance did she?


Trial:  Baby was 'spotted like a leopard'
By Craig Kapitan - Express-News


Prosecutors didn't specifically tell jurors Tuesday that Sarah Mascorro Sifuentes, 34, was the person who beat to death a baby in her care four years ago.

But at the very least she should have sought medical attention for 22-month-old Cyleste Gonzales much sooner than she did, they contended as Sifuentes' trial began for injury to a child by omission causing serious bodily injury — a first-degree felony that carries the same punishment range as murder.

Emergency responders were called to Sifuentes' Northwest Side apartment in October 2008 — five months after she had taken in Cyleste and her 4-year-old brother for their mother, who was serving time in prison on a drug charge.