Only the guilty flee 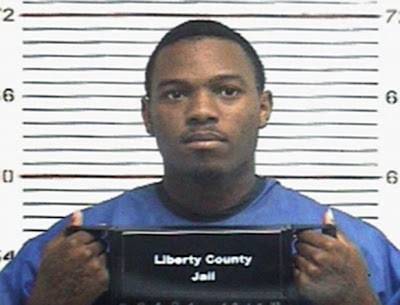 He just sealed his fate with the jury hasn't he?

I mean innocent folks don't just book from a trial, ya know.


LIBERTY, Texas (AP) — One of the men accused in a series of repeated sexual assaults of a young Texas girl disappeared from his trial Wednesday, following a day of emotional testimony from the now 13-year-old girl who cried as a video of one of the encounters was played for jurors.

Testimony continued despite the absence of 20-year-old defendant Eric McGowen, who is one of 14 adults accused of having sex with the girl during a nearly three-month span two years ago. Six juveniles were also charged.

Prosecutors and defense attorneys huddled briefly with Judge Mark Morefield in front of his bench when McGowen failed to return to the courtroom following an afternoon break. The judge then told jurors the trial would go on without him.