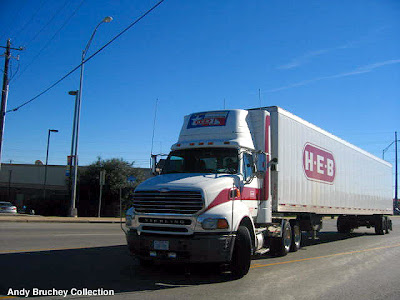 A woman in her 20s who police believe attempted to commit suicide by stepping in front of a moving 18-wheeler on U.S. Highway 90 Tuesday night was taken to the hospital in serious condition.

Sgt. Fidel Acosta said witnesses saw the woman crossing U.S. 90 East when she stopped in the middle lane as an H-E-B truck came toward her.

Acosta said the driver of the truck slammed on the breaks (I am sure the reporter meant brakes) but couldn't avoid hitting her with the front right of the rig. The woman was thrown into the air and landed on the highway's shoulder.