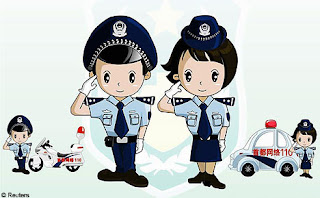 I hope they figure this out and catch the folks involved.

Bring them to justice.

Police confirmed the man and woman, who were discovered on Nov 12, both served at Hongtong county public security bureau.

The cause of death is still under investigations by the police.

Police named the dead;man as "Wang Jianxiong" which differs from "Wang Jianxun" which was cited in initial reports. No clarification was offered.

It is believed the dead couple's children have returned from overseas to make funeral arrangements.
Posted by Sam at 8:25 AM