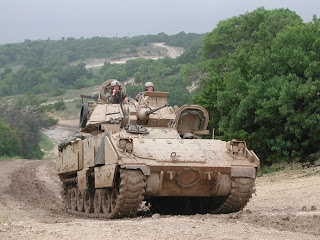 As I predicted on Tuesday the recommendation is that Major Hasan stand for court-martial on capital murder charges.

We now await the commanding officer's acceptance of the findings and the go ahead.

I predict it will be a go.

An Army judge has recommended Maj. Nidal Malik Hasan, a Fort Hood psychiatrist charged in a shooting spree at the post last year, should face a court martial and possibly the death penalty.

Just two days after Col. James Pohl closed an Article 32 evidentiary hearing in the case, the Army said Wednesday that Pohl recommended the case be tried as a capital offense due to an unspecified “aggravating factor.”