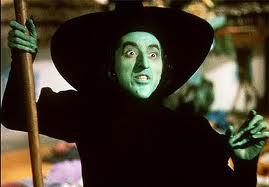 Police have charged a 16-year-old boy over a stabbing in Melbourne’s southwest.

Police said a fight broke out between two groups of men at an intersection in Sydenham shortly before 2am (AEDT) on Saturday.

A 19-year-old Hillside man suffered stab wounds to his arm, torso and leg in the fight, police said.

He was taken to the Royal Melbourne Hospital in a stable condition.

About three hours after the incident police arrested a 16-year-old Taylors Lakes boy over the stabbing.

Meanwhile, police are investigating a fight in which a man suffered life-threatening injuries in Melbourne’s southeast.

A fight broke out between two groups inside a restaurant in Springvale just before 1am (AEDT) today and continued out in the street, where a man, believed to be in his 40s, was stabbed.

The Springvale South man was taken to The Alfred hospital with life-threatening injuries, police said.

Later in the day, police said the man was in a stable condition in hospital.

A 20-year-old Noble Park man and a 46-year-old Springvale South man were also injured during the brawl and were taken to the Monash hospital in a non-life-threatening condition.

They are assisting police with their inquiries.
Posted by Sam at 10:02 AM