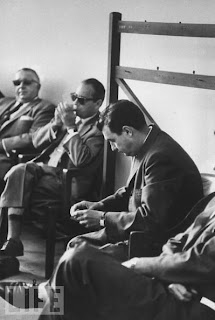 AUSTIN —The fate of former U.S. House Majority Leader Tom DeLay is now in the hands of a Travis County jury — more than five years after a political money laundering indictment drove him from the heights of power.

Prosecutors and the defense made closing statements to the jury about whether a $190,000 corporate money swap between DeLay's Texas committee and the Republican National Committee actually amounted to money laundering and whether DeLay had command control over two political aides.