Child support scammers won't have a Happy Thanksgiving and I don't care. So there! 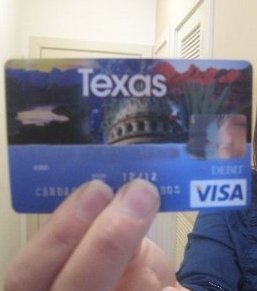 How reprehensible is this?  Literally stealing food from the mouths of babies.

Okay that last statement may be a little over the top, but so was their behavior.  It's cases and circumstances like this that make me concerned about the Government running big things like Healthcare, Medicare and the like with the opportunity for folks to go to the dark side and commit theft and fraud with our money.

What about the defendant's family members and friends that received the cash and cards?


Three suspects pleaded guilty Tuesday in a case in which former employees of a company that processes child-support payments for Texas are alleged to have diverted thousands of those dollars to themselves.

Irene Gomez White, 35; Clarita Hernandez, 58; and Maria Guadalupe Sandoval, 36; are among 13 defendants in the case. The three pleaded guilty to mail fraud and aggravated identity theft and each faces up to 20 years in prison.

White is the last of six who worked for Affiliated Computer Services, or ACS, to plead guilty. Two defendants — Carla Garcia Cervera, 41, and Crystal Vigil Cervera, 29 — are awaiting trial, set for March.