Do not go to jail 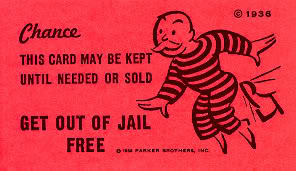 And an alleged murdering drug dealer is out on the streets of San Antonio.

An accused killer is free on bail Sunday after he allegedly fatally shot a 24-year-old man and accidentally shot himself in a botched drug deal on the Northwest Side.

The victim, Ryan Christopher Jones, was pronounced dead around 4 p.m. Saturday in the parking lot of a daycare center in the 7700 block of Mainland Drive, according to an arrest warrant affidavit.

San Antonio police late Saturday arrested Jacob Andrew Trevino, 25, in connection with the shooting. He faces one count of murder and was released from Bexar County Jail after posting $75,000 bail.