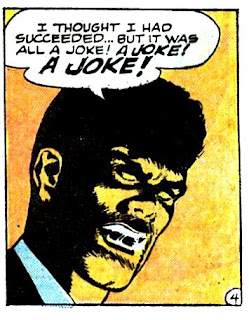 Wow!  This explains so much!

No pun intended:  "Joking Disease" is no joke'
bodyodd.msnbc.msn.com -

Why did the cookie go to the hospital?
Because he felt crummy.

What did one snowman say to the other snowman?
Smells like carrots.

Why does Snoop Dogg carry an umbrella?
Fo' drizzle.

Terrible jokes? Or a sign of a brain disorder? Actually, sometimes it's hard to tell.

Witzelsucht (the Germans just have the best words for everything, don't they?) is a brain dysfunction that causes all sorts of compulsive silliness: bad jokes, corny puns, wacky behavior. It's also sometimes called the "joking disease," and as Taiwanese researchers phrased it in a 2005 report, it's a "tendency to tell inappropriate and poor jokes."

We've covered all sorts of strange disorders of the mind in earlier Body Odd posts: one disorder makes you believe your loved ones are strangers, another convinces you that your hand has taken on a life of its own.

Now, we give you a brain disorder that actually causes a poor sense of humor.

It's a symptom of an injury to the right frontal lobe, which could be caused by brain trauma or a stroke, tumor, infection or a degenerative disease. "Patients who have disease of the left frontal lobe often are sad, anxious and depressed," explains Dr. Kenneth Heilman, a neurologist at the University of Florida College of Medicine in Gainesville, Fla. "In contrast ... patients with right-hemisphere disease often (appear) indifferent or euphoric and have inappropriate jocularity."

Heilman says he sees several cases of Witzelsucht each year. "One of the most dramatic cases (that I've seen) appeared to be attracted to my reflex hammer," Heilman says. "After I checked his deep tendon reflexes and put my hammer down, he picked up the hammer and started to check my reflexes, while giggling."

A 2005 case study describes a 57-year-old woman who suddenly morphed into a more gregarious version of herself. "She had become the life of the party and would laugh, joke, and sing all the time. The patient had decreased self-care and hygiene and wore the same clothes every day," according to the report. Her doctors believed dementia that damaged the front temporal lobes of her brain was to blame for her change in personality.

The Taiwanese case study mentioned earlier describes a 56-year-old man's symptoms, and introduces an interesting conundrum found in some Witzelsucht sufferers. Although they're constantly making others laugh, some patients don't seem to get the joke themselves. "On some occasions, he showed no smiles or laughter to the jokes ... which made everyone laugh loudly, while on other occasions, he was not able to appreciate jokes from the others," according to the report.

When it's possible, doctors attempt to treat the underlying disease or injury that's causing the Witzelsucht symptoms. Some physicians may prescribe mood stabilizers such as antipsychotic medications, but often they'll attempt to use behavioral strategies to rein in the giggles. But as Heilman explains, the jokiness "can be annoying to family and caregivers, (but) it is usually not a terrible problem."
Posted by Sam at 9:06 AM