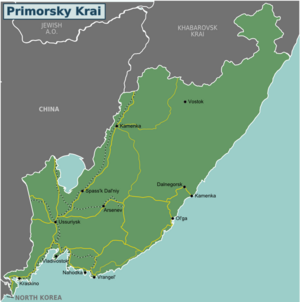 So I guess Russia benefits a little from the sword rattling by North Korea huh?

Prior to the border skirmishes hungry North Koreans had been risking their lives crossing the Russia-North Korea border. The migration has already started to affect the local economy as they take the lowest paid jobs in the region, Moskovsky Komsomolets reported.

The East Asian country suffered one of the gravest famines of the 20th century with at least 1 million deaths. In Russia, they typically earn money in outdoor markets and construction sites, to buy food for malnourished relatives, RIA Novosti reported.
Posted by Sam at 2:13 PM