Beating off the police 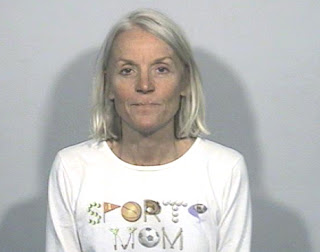 Uhhhhh, nothing.....I have nothing to say here.

Meet Carolee Bildsten. The Illinois woman, 56, is facing an aggravated assault rap after she allegedly struck a cop with a sex toy.


An officer from the Gurnee Police Department went to Bildsten’s home last night to investigate a report that she had skipped out on a restaurant bill. While there, the officer was hit with a “rigid feminine pleasure device” wielded by Bildsten, according to a police commander quoted by the Chicago Tribune.

In addition to the assault count, Bildsten was charged with theft of services.

Bildsten is pictured above in a mug shot taken in September following her arrest for drunk driving.
Posted by Sam at 8:01 AM