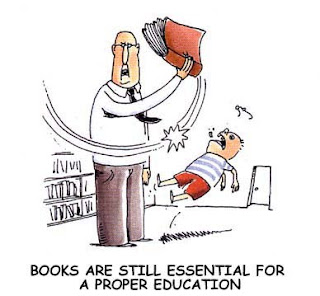 Spare the rod spoil save the child?

Ummmm.....well-behaved class of students you have now.

Schoolgirl dies after being slapped by teacher
The Times of India -


LUCKNOW: A nine-year-old class IV girl student died allegedly after she was beaten up by a shiksha mitra at Phullaur primary school in the same village under Malihabad police station area. The girl was identified as Suman, daughter of Harikaran.

The police, however, have not lodged any case on the complaint of Harikaran.