A wee bit too swanky ? 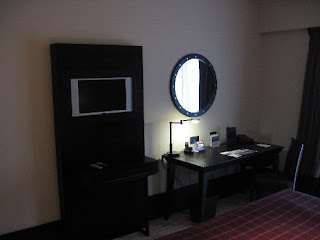 Each prisoner's cell should come with a TV.


The Scottish Prison Service has ordered 1,600 of the 19-inch flat screen television sets to allow prisoners to watch programmes in their cells.
Opposition politicians criticised the move, but the prison service insisted that the televisions will not cost the taxpayer any money.
Among the prisons where the TVs will be distributed is the maximum security Shotts prison, which houses some of Scotland's most dangerous criminals.


Richard Baker, Labour's justice spokesman in the Scottish Parliament, said: "Many of my constituents can't afford new televisions, and particularly not swanky 19-inch flat-screen affairs. What sort of message does this send?"

The SPS said TVs have been "a feature" of prisons since 1999 when Labour began eight years in administration at Holyrood.

A spokesman for the service said: "SPS are seeking a future supply of in-cell televisions which are energy efficient to meet SPS green targets.

"It will require that the supplier holds stock that prisons will draw down as required."

The spokesman added: "Prisoners are charged £1 per week for televisions and we have around 7,800 prisoners at the moment. There is, therefore, no cost to the taxpayer.

"Televisions are not a right but a privilege, and prisoners have them at the discretion of the governor."
Posted by Sam at 8:45 AM