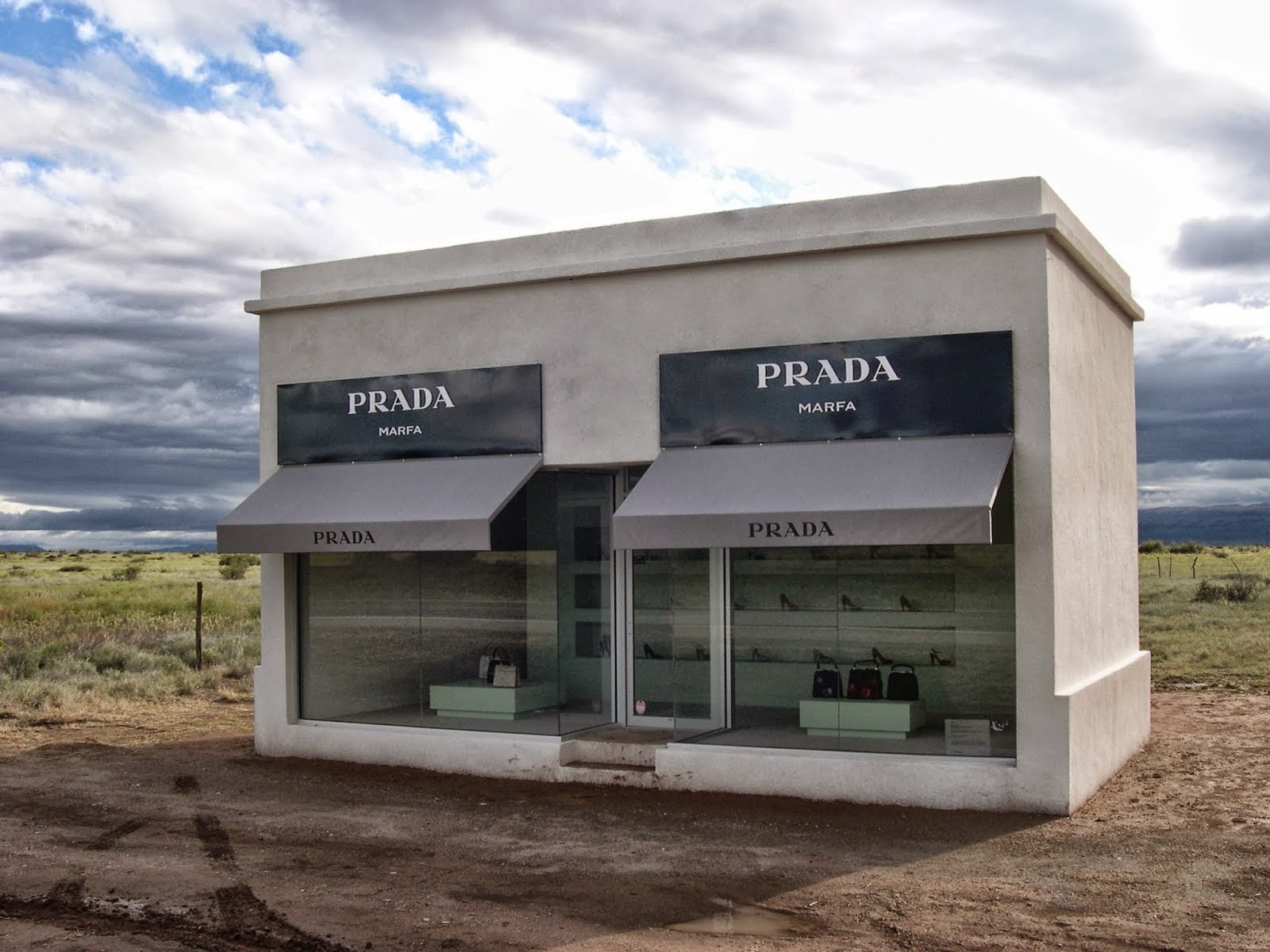 Its an interesting structure and "sculpture" indeed.  Way out here in the "High Desert" west of Marfa, Texas!

JEFF DAVIS COUNTY – Waco artist Joseph Magnano, whose March 9 ‘artistic statement’ decrying the practices of the TOMS shoe company through the vandalism of Prada Marfa, has taken a plea agreement to avoid a trial, which had been set for Tuesday, November 18.
Joeseph Magano
According to Jeff Davis County Clerk Jennifer Wright, Magnano pleaded guilty to two lesser charges of Class A misdemeanor criminal mischief for his “appropriation” of the Prada Marfa building.
Magnano, 37, was sentenced to one year in a county jail probated to two years, a $1,000 fine, and was ordered to pay $10,752 in restitution.
The Rest of the Story:
Posted by Sam at 4:36 PM