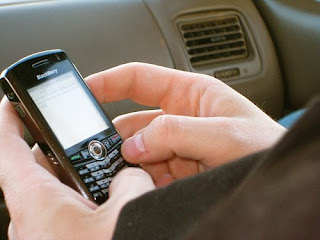 My goodness, can we say folks who cannot understand what NO communications mean cannot serve on a jury panel?

He was quite concerned, as I was, about her attempt to determine why some evidence was not coming in etc. I spoke with her, in the presence of the attorneys, and on the record, and despite having been told not to by the other panel members would not let it go and had called. he hadn't told her and with the agreements of the parties she remained on the panel with a strict warning about the seeking of information which was outside the purview of the trial.


As Jurors Turn to Web, Mistrials Are Popping Up
By JOHN SCHWARTZ -New York Times

Last week, a juror in a big federal drug trial in admitted to the judge that he had been doing research on the case on the Internet, directly violating the judge's instructions and centuries of legal rules. But when the judge questioned the rest of the jury, he got an even bigger shock. Eight other jurors had been doing the same thing.

The federal judge, William J. Zloch, had no choice but to declare a mistrial, a waste of eight weeks of work by federal prosecutors and defense lawyers. "We were stunned," said a defense lawyer, Peter Raben, who was told by the jury that he had been on the verge of winning the case. "It's the first time modern technology struck us in that fashion, and it hit us right over the head."

It might be called a Google mistrial. The use of BlackBerrys and iPhones by jurors gathering and sending out information about cases is wreaking havoc on trials around the country, upending deliberations and infuriating judges.

Last week, a building products company asked an court to overturn a $12.6 million judgment, claiming that a juror used Twitter to send updates during the civil trial. And on Monday, defense lawyers in the federal corruption trial of a former state senator, Vincent J. Fumo, demanded before the verdict that the judge declare a mistrial because a juror posted updates on the case on Twitter and Facebook. The juror had even told his readers that a "big announcement" was coming on Monday. But the judge decided to let the deliberations continue, and the jury found Mr. Fumo guilty.

His lawyers plan to use the Internet postings as grounds for appeal.

Jurors are not supposed to seek information outside of the courtroom. They are required to reach a verdict based on only the facts the judge has decided are admissible, and they are not supposed to see evidence that has been excluded as prejudicial. But now, using their cellphones, they can look up the name of a defendant on the Web or examine an intersection using Google Maps, violating the legal system's complex rules of evidence. They can also tell their friends what is happening in the jury room, though they are supposed to keep their opinions and deliberations secret.

A juror on a lunch or bathroom break can find out many details about a case. Wikipedia can help explain the technology underlying a patent claim or medical condition, Google Maps can show how long it might take to drive from Point A to Point B, and news sites can write about a criminal defendant, his lawyers or expert witnesses.

"It's really impossible to control it," said Douglas L. Keene, president of the American Society of Trial Consultants. Judges have long amended their habitual warning about seeking outside information during trials to include Internet searches. But with the Internet now as close as a juror's pocket, the risk has grown more immediate - and instinctual. Attorneys have begun to check the blogs and Web sites of prospective jurors. Mr. Keene said jurors might think they were helping, not hurting, by digging deeper. "There are people who feel they can't serve justice if they don't find the answers to certain questions," he said.

But the rules of evidence, developed over hundreds of years of jurisprudence, are there to ensure that the facts that go before a jury have been subjected to scrutiny and challenge from both sides, said Olin Guy Wellborn III, a law professor at the . "That's the beauty of the adversary system," said Professor Wellborn, co-author of a handbook on evidence law. "You lose all that when the jurors go out on their own."

There appears to be no official tally of cases disrupted by Internet research, but with the increasing adoption of Web technology in cellphones, the numbers are sure to grow. Some courts are beginning to restrict the use of cellphones by jurors within the courthouse, even confiscating them during the day, but a majority do not, Mr. Keene said. And computer use at home, of course, is not restricted unless a jury is sequestered.

In the case that resulted in a mistrial, Mr. Raben spent nearly eight weeks fighting charges that his client had illegally sold prescription drugs through Internet pharmacies. The arguments were completed and the jury was deliberating when one juror contacted the judge to say another had admitted to her that he had done outside research on the case over the Internet. The judge questioned the juror about his research, which included evidence that the judge had specifically excluded.

Mr. Raben recalls thinking that if the juror had not broadly communicated his information with the rest of the jury, the trial could continue and the eight weeks would not be wasted. "We can just kick this juror off and go," he said. But then the judge found that eight other jurors had done the same thing - conducting Google searches on the lawyers and the defendant, looking up news articles about the case, checking definitions on Wikipedia and searching for evidence that had been specifically excluded by the judge. One juror, asked by the judge about the research, said, "Well, I was curious," according to Mr. Raben. "It was a heartbreak," Mr. Raben added.

Information flowing out of the jury box can be nearly as much trouble as the information flowing in; jurors accustomed to posting regular updates on their day-to-day experiences and thoughts can find themselves on a collision course with the law.

In the case, Stoam Holdings, the company trying to overturn the $12.6 million judgment, said a juror, Johnathan Powell, had sent Twitter messages during the trial. Mr. Powell's messages included "oh and nobody buy Stoam. Its bad mojo and they'll probably cease to Exist, now that their wallet is 12m lighter" and "So Johnathan, what did you do today? Oh nothing really, I just gave away TWELVE MILLION DOLLARS of somebody else's money."

Mr. Powell, 29, the manager of a one-hour photo booth at a Wal-Mart in , insisted in an interview that he had not sent any substantive messages about the case until the verdict had been delivered and he was released from his obligation not to discuss the case. "I was done when I mentioned the trial at all," he said. "They're welcome to pull my phone records." But juror research is a more troublesome issue than sending Twitter messages or blogging, Mr. Keene said, and it raises new issues for judges in giving instructions.

"It's important that they don't know what's excluded, and it's important that they don't know why it's excluded," Mr. said. The court cannot even give a full explanation to jurors about research - say, to tell them what not to look for - so instructions are usually delivered as blanket admonitions, he said. The technological landscape has changed so much that today's judge, Mr. said, "has to explain why this is crucial, and not just go through boilerplate instructions." And, he said, enforcement goes beyond what the judge can do, pointing out that "it's up to Juror 11 to make sure Juror 12 stays in line."

It does not always work out that way. Seth A. McDowell, a data support specialist who lives in and works for a financial advising firm, said he was serving on a jury last year when another juror admitted running a Google search on the defendant, even though she acknowledged that she was not supposed to do so. She said she did not find anything, Mr. McDowell said. Mr. McDowell, 35, said he thought about telling the judge, but decided against it.

None of the other jurors did, either. Now, he said, after a bit of soul-searching, he feels he may have made the wrong choice. But he remains somewhat torn. "I don't know," he said. "If everybody did the right thing, the trial, which took two days, would have gone on for another bazillion years." Mr. McDowell said he planned to attend law school in the fall.
Posted by Sam at 6:15 AM