An arrest soon in the Levy case 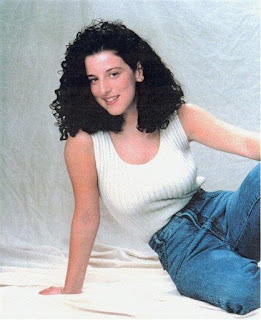 At long last will there be some sense of closure for the family of Chandra Levy?

I certainly hope so.

WASHINGTON (AP) -- After nearly eight years of waiting, the parents of slain intern Chandra Levy got what they were looking for when an arrest warrant was issued for the man investigators believe was responsible for her death.

Authorities said Tuesday that Salvadoran immigrant Ingmar Guandique, 27, would be charged with first-degree murder in the attack and slaying of Levy in a Washington park. He is expected to be brought back to Washington from the federal prison in Adelanto, Calif., where he is serving time for attacking the other two women, sometime in the next two months.

Levy's parents said in a statement given to The Associated Press that the development meant their daughter, who was 24 when she vanished, "can finally truly rest in peace."

"Thankfully the individual responsible for this most heinous and terrible crime will finally be held accountable for his actions and hopefully unable to hurt anyone else ever again," Bob and Susan Levy said.

The announcement was a long-awaited break in a case that has long stumped the city's police department and led to harsh criticism that the initial investigation was bungled because police missed leads and even searched the wrong part of the park for Levy's body. When the remains were found, they were so decayed police couldn't recover much evidence.

And while the Levys welcomed Tuesday's announcement, the recent developments in the case have also brought back the pain of losing their daughter, said Rick Muniz, a friend of the Levys who belongs to a nonprofit advocacy group Susan Levy founded to help family members of missing violent crime victims.

"Reexhuming all of this again has a big effect on Bob and Sue," he said. "We're reminding them to think about their memories of Chandra and the beautiful life she had before all of this was drummed up."

Levy's parents said on Feb. 20 that District of Columbia Police Chief Cathy Lanier had told them an arrest was coming within days. Lanier said she also spoke to the family Tuesday and said she hoped the arrest would offer some sense of peace.

"It dawned on me that there's very little I can do, or anyone else can do, for the Levys other than to offer them justice," Lanier said.

The rest of the article here: Chandra Levy