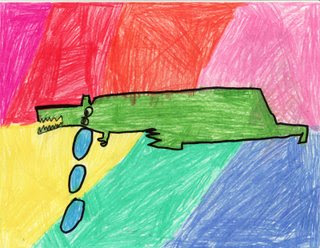 Its hard to gin up a whole bunch of sympathy here however that being said the defendants are entitled to due process and the aid of competent counsel in my opinion. Take the attorneys off of the appointment list and get them new ones.

Also, how about more seminars to teach the attorneys how to properly do these writs and only allow those who take these courses to get put on the appointment lists?

Vital deadlines in death row cases missed by lawyers
By Lise Olsen - Houston Chronicle
Three men on Texas' death row — and six others already executed — lost their federal appeals because attorneys failed to meet life-or-death deadlines, essentially waiving the last constitutionally required review before a death sentence is carried out.
Johnny Johnson, executed last month for a Houston murder, was the most recent: His lawyers missed a federally required filing deadline by 24 hours.
One of his attorneys made the same mistake in the case of Keith Steven Thurmond, a former Montgomery County mechanic now on death row, according to case records.
In both cases, the lawyer waited until after business hours on the last day an appeal could be filed and then blamed a malfunctioning filing machine for his tardiness, according to a 5th U.S. Circuit Court of Appeals opinion issued last week. The court chastised the attorney for using the same excuse twice.
The opinion pointed out that based on the problems in the previous capital case, the lawyer already knew the machine was broken and could have easily filed electronically by using his computer.
Most of the late filings came in death row cases overseen by federal judges in the Southern District of Texas. In an interview, U.S. District Judge Hayden Head, the Corpus Christi-based chief judge of the Southern District, said he was unaware of the problem and could not comment.
The Houston Chronicle reviewed records in nine appeals that were filed too late. In some cases, lawyers or judges appear to have miscalculated or misunderstood the dates of the deadlines, which generally fall one year after state appeals are concluded. In others, computer failures or human foibles are blamed, records show.
“Any decent judges would be deeply ashamed of the quality of legal representation in most capital cases in Texas,” said Stephen Bright, a leading specialist in capital case law who directs the Southern Center for Human Rights in Atlanta. “The very least they could do about it would be to prohibit lawyers who miss the statute of limitations from taking another case and referring them to the bar for disciplinary proceedings.”

A federal writ of habeas corpus — a right guaranteed by the Constitution — usually gives an inmate a last chance to have the courts review errors or overlooked evidence that could invalidate a conviction or death sentence.
Jerome Godinich, the attorney in both the Johnson and Thurmond cases, appears to be the only Texas attorney to have filed too late in more than one recent death row appeal, based on the nine cases reviewed. He also filed late in a third Texas death row case, records show.
In that third case, however, a Houston-based U.S. district judge took so long to appoint Godinich that the appellate deadline already had lapsed. Court records show Godinich requested more time but took 162 days to file the appeal. The judge then ruled that it, too, was too late to be considered, records show.
Godinich did not respond to several phone and e-mail requests for an interview.
In Johnson's case, Harris County Assistant District Attorney Roe Wilson said the federal district judge considered other legal arguments, though the appeal ultimately was rejected for being filed too late.
Wilson said such mistakes were rare in Harris County cases.
Thurmond, who was convicted of killing his estranged wife and his neighbor, said last week that he had never been told that his federal appeals had been denied by the U.S. District Court in Houston last year and by the 5th Circuit last week.
He said he hadn't seen or heard from his attorney in more than a year.
“So what am I supposed to do now?” he asked.
A jury concluded that Thurmond, who had no previous criminal history, shot and killed his wife and the neighbor in 2001 on the same day that his wife sought a protective order and took their son to live with the neighbor.
Thurmond says he is innocent. But the only issues raised by his lawyer in his appeal were that his trial attorney failed to investigate allegations that Thurmond was abused as a child and that a jury might have spared his life because of it.
James Marcus, an expert in capital case law who teaches in the Capital Punishment Clinic at the University of Texas School of Law, said missing the deadline for a federal writ of habeas corpus — thereby waiving all federal review — is the equivalent of “sleeping through the trial.”
Federal courts, he noted, have overturned several recent Texas death cases for errors overlooked by state judges, including one involving allegations of discriminatory jury selection by Harris County prosecutors. Federal judges also awarded a new trial to another Montgomery County death row inmate this year based on new evidence presented about forensic errors in his case.
Quintin Phillippe Jones, another death row inmate who also recently lost his federal appeal because of an attorney's tardiness, said he did everything he could to alert the federal courts to problems months before his Fort Worth attorney missed his federal deadline. Jones wrote letters to the judge, filed two motions with the help of other prisoners in an attempt to get another attorney and sent two separate complaints to the state bar. Nothing worked.
“I heard he didn't file (on time) through another lawyer,” Jones said. “I'm the one who pays for his mistake. It cost a lot, and I'm paying for it.”
Posted by Sam at 7:22 AM