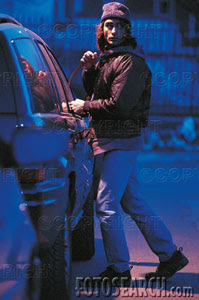 If you can't leave the stuff at home please lock the stuff in your trunk, out of view.

New Braunfels police are encouraging residents to keep their vehicles locked and valuables out of sight after a recent string of vehicle burglaries over the weekend.

From Friday morning through Monday morning, there were 10 reports of vehicle burglary in New Braunfels. And while Lt. Mike Penshorn with the New Braunfels Police Department said that many reports in a short period of time may seem high, it’s not out of the ordinary.

“We normally have anywhere between three to five, maybe as many as 10 during any given week,” Penshorn said. “Just the fact that we did have that many in short period of time might not be anything abnormal.”

While the incidents still are under investigation, Penshorn said at least some of the burglaries were committed by the same person or people.

Penshorn said some of the suspects had similar descriptions. He encouraged people who may know of anyone involved in vehicle burglaries, or people who have been victims, to come forward and contact the New Braunfels Police Department at (830) 608-2179 or Crime Stoppers at (830) 620-TIPS (8477).

“We always encourage people to keep their vehicles secured,” Penshorn said. “A high number of vehicle burglaries occur because vehicles are not locked. We also encourage people not to keep valuables in their vehicle, especially within view because they are essentially setting themselves up to be a victim.”
Posted by Sam at 6:49 AM