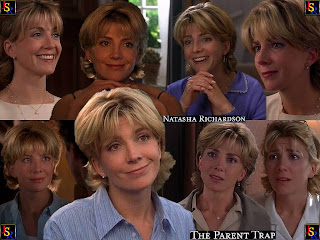 Would a helicopter-service have helped? I don't know but it probably wouldn't have hurt.

Yes, I know other provinces in Canada do have medical helicopter services in place but look at this quote:

"Our system isn't set up for traumas and doesn't match what's available in other Canadian cities, let alone in the States...."

NEW YORK (AP) -- As a steady stream of celebrities pay their last respects to Natasha Richardson, questions are arising over whether a medical helicopter might have been able to save the ailing actress.

The province of Quebec lacks a medical helicopter system, common in the United States and other parts of Canada, to airlift stricken patients to major trauma centers. Montreal's top head trauma doctor said Friday that may have played a role in Richardson's death.

"It's impossible for me to comment specifically about her case, but what I could say is ... driving to Mont Tremblant from the city (Montreal) is a 2 1/2-hour trip, and the closest trauma center is in the city. Our system isn't set up for traumas and doesn't match what's available in other Canadian cities, let alone in the States," said Tarek Razek, director of trauma services for the McGill University Health Centre, which represents six of Montreal's hospitals.

While Richardson's initial refusal of medical treatment cost her two hours, she also had to be driven to two hospitals. She didn't arrive at a specialized hospital in Montreal until about four hours after the second 911 call from her hotel room at the Mont Tremblant resort, according to a timeline published by Canada's The Globe and Mail newspaper.

Not being airlifted directly to a trauma center could have cost Richardson crucial moments, Razek said.

"A helicopter is obviously the fastest way to get from Point A to Point B," he said.

After Richardson fell and hit her head on a beginner ski slope at the Mont Tremblant resort in Quebec, the first ambulance crew left upon spotting a sled taking the still-conscious actress away to the resort's on-site clinic.

A second 911 call was made two hours later from Richardson's luxury hotel room as the actress deteriorated. Medics tended to her for a half-hour before taking her to a hospital about a 40-minute drive away.

Centre Hospitalier Laurentien in Ste-Agathe does not specialize in head traumas, so her speedy transfer to Sacre Coeur Hospital in Montreal was critical, said Razek.

"It's one of the classic presentations of head injuries, `talking and dying,' where they may lose consciousness for a minute, but then feel fine," said Razek.

On Friday evening, Richardson's husband, Liam Neeson, looked distraught but grateful for the outpouring of sympathy as he greeted grieving family members and friends who attended a private viewing for his wife.

Neeson was the last to leave the viewing at the Upper East Side's American Irish Historical Society, where he was joined by the couple's sons, - Micheal, 13, and Daniel, 12 - as well as Richardson's mother, Vanessa Redgrave, and sister, Joely Richardson. An array of famous friends came to express their sadness about the family's sudden loss.

Also among the stream of visitors were Kenneth Cole, Laura Linney, Fisher Stevens, Howard Stern, Stanley Tucci, Julianna Margulies and Mathilde Krim of the American Foundation of AIDS Research - amfAR. Richardson had served on the charity's board of trustees since 2006.

"She looked incredibly beautiful," Krim said, adding that everyone appeared to be in shock and Neeson looked distraught as he received everybody.

Theaters in London's West End dimmed their lights Friday to mark Richardson's death, just as Broadway theaters did Thursday. In a tribute to the stage and screen actress, the lights were lowered before the curtains went up on evening performances.