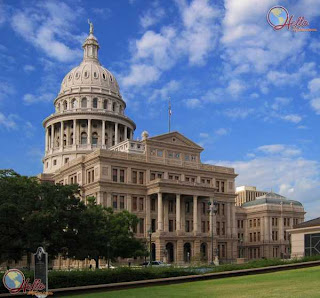 Just an editorial from today's Herald-Zeitung concerning HB 3641, the bill introduced which will give government the right to sue individuals who are vexatious seekers of information from government agencies.

I believe the editorial got it quite correct when they said :

"Furthermore, today’s lawmakers need to remember that the laws they write today will be applied by all governments that follow — both the ethical and vindictive. It may not always be the just lawmakers who seek to “prove we're being harassed” but also those who seek to prevent justified scrutiny of their actions."

This week, as part of an effort begun by the American Society of Newspaper Editors, print, broadcast and online news media throughout the country are celebrating Sunshine Week — a national initiative to open a dialogue about the importance of open government and freedom of information.

As part of Sunshine Week, many newspapers, including the Herald-Zeitung, will be presenting a series of articles and columns looking at the importance of open government and access to public information.

Unfortunately, just as we are kicking off the week, one of the first topics to grab headlines is an attempt — by our own state Rep. Doug Miller — to limit access to public information by establishing a subjective threshold by which residents can be sued as “abusive requestors.”

Miller’s bill, HB 3641, stems out of complaints raised in January by the Comal County Commissioners Court that it had been inundated with public records requests it deemed frivolous from individuals seeking to “harass” county staff by intentionally creating work for them.

HB 3641, filed Thursday, would allow all state governmental bodies to sue an “abusive requestor” and seek to void the legal responsibility government agencies have in responding to requests made under the state public information law. Governmental bodies also could seek a temporary injunction forbidding any future requests for information from the “abusive requestor” under Miller’s bill.

But Miller’s law, broadly written and far-reaching, would attack at the very heart of the Public Information Act, which in its preamble states that “all government information is presumed to be available to the public,” withstanding certain exceptions, and that no government official may ask a person requesting information why he or she wants it.

When commissioners presented their case in January for targeting what they called “vexatious requesters,” they argued that the lawsuits could be used as a fair way to keep a few individuals from wasting their time and taxpayer dollars.

“It's perfect because it would be up to us to prove we're being harassed, and even if it was proven, the only relief that could be sought would be not to fulfill the request,” Precinct 3 Commissioner Greg Parker said at the time. "And we're not talking about someone making one or two requests — it would have to be an overwhelming amount of evidence. We're talking about mountains and mountains of requests."

But here are some of the definitions of an “abusive requestor” included in Miller’s bill:

n That in the seven-year period immediately preceding the date of the suit, the requestor filed at least five public records requests that sought information “excepted from disclosure.”

n That in the seven-year period immediately preceding the date of the suit, the requestor filed at least five public records requests that sought “predominately confidential information.”

n That in the seven-year period immediately preceding the date of the suit, the requestor filed at least five public records requests that “resulted in the governmental body asking the requestor to clarify the request or to narrow the scope.”

By Miller’s definition, in addition to abusive requestors his bill would ensnare not only newspapers scrutinizing government on behalf of the public but also lawyers and even students researching government action.

By attempting to define an “abusive requestor” and prevent harassment of the government, Miller’s bill in essence would transfer the burden of proof from the government to the public in determining what information to release — only that the citizens would need to know beforehand whether information is categorically public lest they be declared abusive. By putting the onus on the public and setting a measure for determining whether a records request is abusive, Miller’s bill also would allow the government to harass the public — through lawsuits and needless delays — in much the same way a few individuals did the county.

To be fair, we share the county’s initial concerns and find it deplorable that any individual would seek to harass government by abusing the rights contained within the public information law. But an avenue toward addressing this abuse already exists in the ability of government to appeal any request it considers questionable to the Attorney General’s Office.

And no law should be written or approved that essentially restricts the rights of the legitimate requester in order to vex the “vexatious.”

Furthermore, today’s lawmakers need to remember that the laws they write today will be applied by all governments that follow — both the ethical and vindictive. It may not always be the just lawmakers who seek to “prove we're being harassed” but also those who seek to prevent justified scrutiny of their actions.

Miller’s bill, regardless of its intentions, would stymie the legitimate pursuit of information by potentially penalizing any member of the public because of the misguided actions of a few. It is a bill that should not become law.
Posted by Sam at 6:42 AM