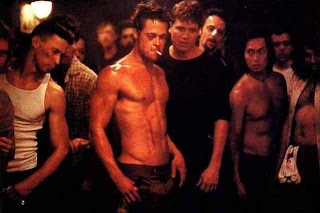 Find the 6th person and then 'tee' it up.

I predict it will not go well for these folks who forced mentally and developmentally handicapped patients to fight each other.

CORPUS CHRISTI — The fifth of six people charged with organizing fights among mentally and developmentally disabled residents at a state school was en route to Texas on Saturday after being arrested this week in Virginia.

Guadalupe Delarosa Jr., 21, was arrested Tuesday at Fort Lee, Va., where he was on active duty, the Corpus Christi Caller-Times reported.

A sergeant at Riverside Regional Jail in Hopewell, Va., said Saturday that Delarosa was on his way back to Texas.

Delarosa and five others were charged March 12 with injury to a disabled person after police identified them in videos of the fights, recorded on a cellular phone.

Investigators say staff members at the Corpus Christi State School organized the fights among residents. Police said those charged were the ones who could be identified in fights where there were clear injuries.

They believe the Corpus Christi State School's “fight club” went on for at least a year.

Delarosa resigned from the facility last year before the investigation, a spokeswoman for the Department of Aging and Disability Services said.

Gov. Rick Perry responded to news of the fights by ordering a moratorium on admissions to the Corpus Christi State School and demanding the installation of security cameras.

The Corpus Christi facility is one of 13 state schools for the mentally and developmentally disabled in Texas.

A lack of supervision on the overnight shifts is believed to have created the atmosphere for the fights, which took place in the early morning hours.

A Justice Department report in December found at least 53 patients in Texas' facilities died in 2007 from preventable conditions that were often the result of lapses in care. It also charged that residents' rights were violated.

According to state records obtained last year, 53 employees at the Corpus Christi State School were fired for abuse or neglect between fiscal year 2004 and fiscal year 2007. Another 24 were suspended.

The mother of a former resident of the state school has sued the department on behalf of her son in state court. The suit, filed Thursday, alleges that Armando Hernandez Jr., 21, was forced to fight other residents while he was at the facility from April 2007 to April 2008.